Happiness and Money by Renuka Humagai 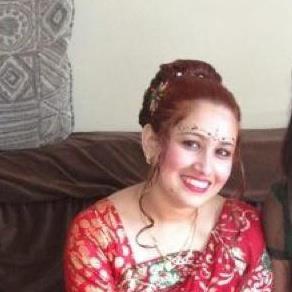 Happiness and Money
by Renuka Humagai

Can money buy happiness? Happiness is more important than money.  I would like to write about happiness, which makes you live and never want to die.  Another is money, which makes you crazy and blind.  I also want to write about why some people are crazy and do not care about other people.  For those who are poor, why are those people who do not have money, happy and beloved in their life?

Some people in this world think money is everything, which makes them crazy.  What will happen in future?  People do not think about it. Especially, greedy people, whose parents are rich.  While they are children, those people are blind about money.  They do not remember, or recognize their relatives or friends.  They are proud of themselves, and think there is no one more important than their self.  You are happy with money that you have today, and your life is romantic, and delightful. What about tomorrow, if somehow your money is gone, your life will be dark.  For example, one of the greatest Nepalese poets says that, ?hataka maila sunaka thaila, k garnu dhana le, sagara sesno khaye ko besa anandi mana le?  Which means in English your money is nothing, it?s just the bagfull of gold and dust of the hand, better to eat poison ivy than to be obsessed with money.  It?s same thing if you have money today, tomorrow, you do not know what will happen.  There is another saying in English and Nepali too.  ?You cannot take your money to the grave.?  Which means when you die, you cannot take your money with you into the ground.  People need to choose happiness over money.

Some people in this world want happiness, instead of money.  If you love with people that you know or you do not know that is the love of happiness.  Those people are the perfect people in this world.   Supporting and helping each other is the human job.  God will see them one day and bless them and give them enough money to survive.  It?s better to have love in family and also outside the family like friends because having money and quarreling everyday is not a better life than having love.  Love can make anyone richer than money.  You cannot buy happiness with money.  For example, there were two families, one rich and another poor.  Imagine one of the families have a daughter and another has a son.  They love each other so much, the girl from the rich family and the boy from the poor family.  But the girl?s parents want her to get married with another rich guy.  What would you think if she married with rich guy instead the poor.  She would not be happy in her whole life, because life is not just getting married to someone you do not know or you do not love.  Marriage is something where you love someone and want to spend a whole life with that person.

One time my dad told me a story, ?Baby do not ever follow money or people who follow the money.  Do not join with them.  It?s better to stay hungry than getting into trouble from money, because many people believe money makes happiness, but money can make a good person bad.  For example, my cousin's mother made a lot of money from making and wooden pots that is used make yogurt.  But my cousin wasted the money because he did not know how difficult it was to make the money.  So, he did not value it.  He started drinking and wasting money that his mother made.  Before they had their own big building to live in, but later he spent his money on alcohol and smoke.  They used to live in small house which was made of bamboo and thatch.  There was one agency, which helped alcoholic people to be a better person.  His family sent him to the program, those people who work in that agency were started giving him limits on alcohol.  Day by day they limited him alcohol to stop drinking.  It took 4-5 years to make him a better person.  Now he is good and he recognizes how he was and how he became good person.   It will remind him how money made him crazy and it will remind him that happiness is better than money.?

So if there is happiness, there will be peace, a God, and no sin.  If you value money too much then your karma will bring darkness to your life of delight.


There is another happiness too.  Which is the relation between cash and happiness, I know this country this do not segregated cash, but some country they do.  As I know samali, India, and Nepal and some other several country, they segregated small cash people.  From my experience, relationship with student and teacher or can be brother and sister can be close person.  which I mean we are two people, but we believe as we have one heart.   My teacher, whose name is Bishnu Bagta Rasaile, is second last to cast of a low cast and I am second cast of higher cast.  He was my math and English teacher, inside the school we behave like student and teacher and follow the rules and everything that we suppose to.  But in and out of school we behave like brother and sister, or like friends.  For example, in class sometime he ask question and if I do not know he bite, but I never agree or sad with him because that is the school rule.  That he have to follow, I also understand that if he just bite other student and not me, that is not fair.  So, Outside we never get agree because of those things happen at school.  One day, before I leave my country he came my house and gave me a letter.  In that letter he wrote one poem,

In my opinion, I support happiness over money.  I believe people who are rich and proud and do not care about other people who need help, in the next life will be animals because in real life they do not treat other people as humans.  But those people who value happiness will be reincarnated as better and more perfect than they are now.

Posted by Wellstone International High School 2012 at 9:39 AM